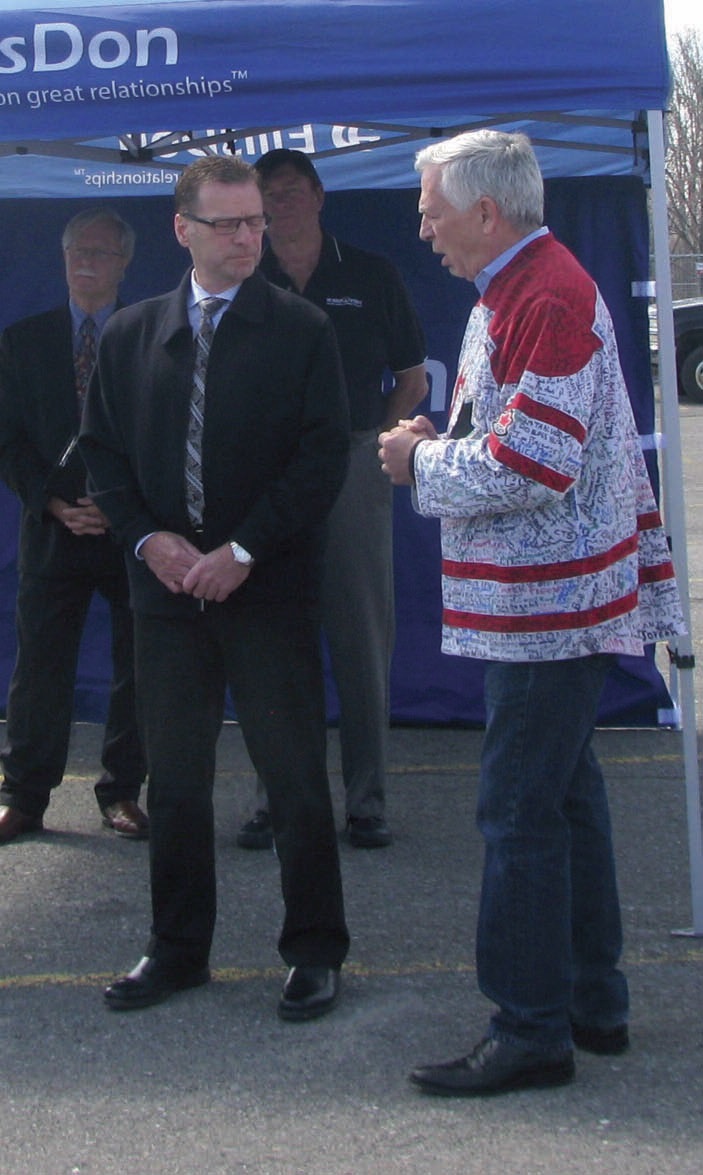 EllisDon launched a national safety initiative in Ottawa on May 3 with the handover of a hockey Jersey of Courage signed by Prime Minister Justin Trudeau as part of safety crusader Rob Ellis’ My Safe Work initiative.

Numerous events are planned at EllisDon sites coast to coast through early June, as the contractor seeks to improve its already excellent safety record by bringing “safety to the next level through a leadership program,” said Dan Fleming, the company’s director of occupational health and safety training.

EllisDon is implementing at least five initiatives including management leadership commitment, a behavior based awards program with an emphasis on greater employee participation, recognition of positive behaviours, and the encouragement of employees to report near misses.As well, the company will initiate a “subcontractor development” program to extend the company’s own safety experience to others working on its job sites. New software tracking systems will allow the company to track leading indicators, as well as have the ability to resolve issues proactively and allow them the opportunity to measure progress within the safety initiatives.

As well, Fleming says the Jersey of Courage and safety pledge/signatures will encourage everyone to think carefully about safety and take measures to improve results.

Fleming says he anticipates more than 2,500 employees, managers, subcontractors and dignitaries will participate at safety events in London, Toronto, Halifax, St. John’s, Edmonton, Saskatoon, Winnipeg, Calgary, and Vancouver. The program will conclude in Victoria, B.C., where Fleming hopes EllisDon will be able to return the jersey with all of the signatures to Trudeau.

He said the initiative relates to the Ontario General Contractors Association’s (OGCA) League of Champions. OGCA president Clive Thurston was on hand at the Ottawa event. The association is collaborating on the League of Champions initiative with Rob Ellis, who became a safety advocate after his 18-year-old son was killed in a jobsite accident.