“We appreciate the chance to share the benefits of our progressive labour model, in particular Open Managed sites, with the B.C. government today,” said PCA president Paul de Jong. “No longer is construction in B.C. done in a polarizing ‘union’ or ‘non-union’ manner. There is a third way that now represents roughly half of all industrial construction in Western Canada.”

PCA construction companies across Canada have at least part of their labour force represented by CLAC, which overall represents nearly 45,000 workers in western Canada.

“We’re proud to stand up for our members in a collaborative and co-operative spirit and work for their best interests, as well as the best interests of the companies they work for,” said CLAC regional director Wayne Prins. “Our progressive labour model has a robust training to employment approach, maximizes the number of British Columbians who can work in B.C. and brings value to taxpayers by making projects competitive.”

PCA and CLAC say the Open Managed Site model also works directly with First Nations and develops apprentices. Having built some of B.C.’s most prominent public works projects, like the Port Mann Bridge, the Sea-to- Sky highway and the South Fraser Perimeter Road, PCA and CLAC want to bring their expertise in heavy industrial projects in other parts of Canada to help build B.C. future industrial projects – such as LNG, pipelines and Site C, they say in the news release.

“We believe our model is a no brainer,” said Prins. “And the more we get to tell our story, the more owners – including governments – agree and want to make it possible for our companies and workers to build a better B.C. for the future.” 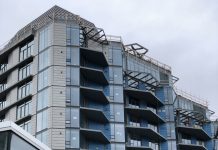 Top 10 industry BC Walls and Celings