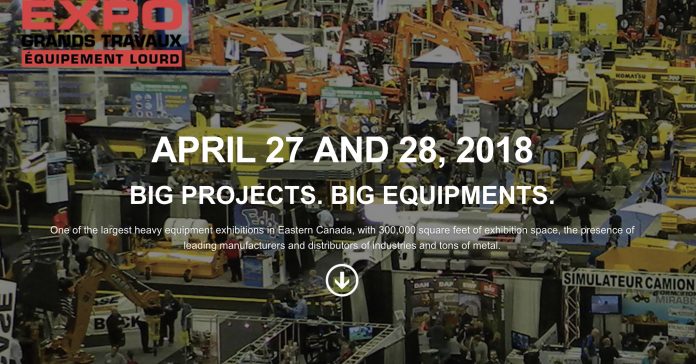 Expo Grands Travaux, described by organizers as one of the largest events in Canada’s heavy equipment industry, is gearing up for its return to the Olympic Stadium in Montreal April 27 and 28. Show producers Master Promotions say they anticipate the event will sell out, with already 95 per cent of the floor space booked.

“This year’s show sales have been outstanding so far,” national show manager Mark Cusack said in a statement.“Booth space is almost sold out – exhibitors and industry associations have expressed they are very much looking forward to the show.”

Held every two years, the last edition in 2016 edition welcomed 12,676 qualified buyers and featured over 200 exhibitors displaying tons of heavy equipment for projects of all sizes.