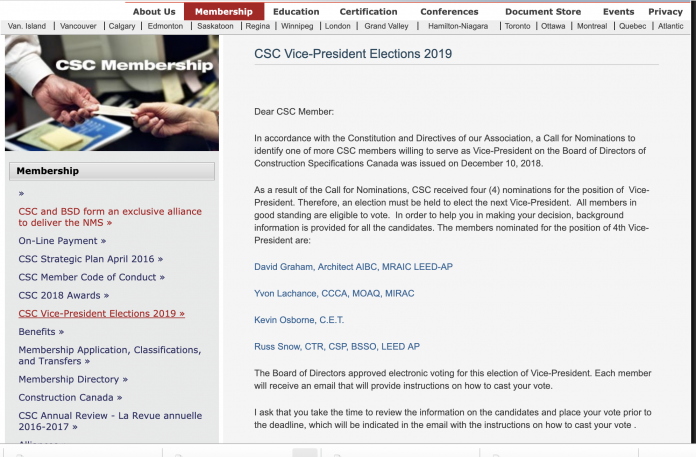 However, Construction Specifications Canada (CSC) is experiencing an exceptional event — a four-way contest for the association’s fourth vice-president post.

CSC executive director Nick Franjic said he hasn’t seen this sort of competition in his memory.

Notably three of the four nominees this year are either currently or originally from the Edmonton Chapter.

CSC has set an online ballot open to members nationally, which will close on April 16.

It is likely that the successful candidate will become the association’s national president in five years, as he moves through the vice-president ranks without opposition.

You can view biographies of the candidates here.