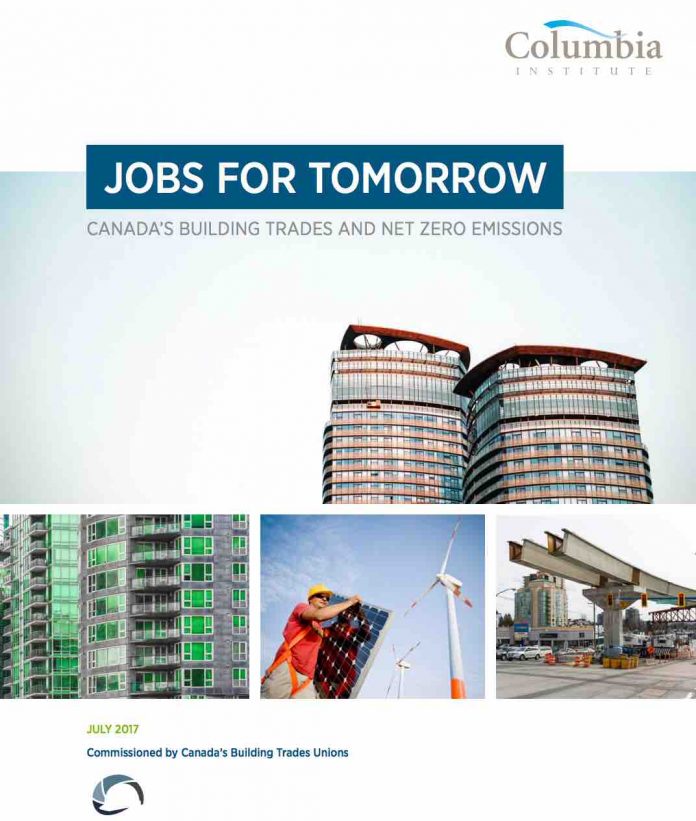 The construction industry has a big role to play as Canada aims to meet to its commitment to the Paris climate agreement and transition to a greener economy, according to a new report, The Tyee reports. The transition could create upwards of four million trades jobs.

“We need that construction workforce to get us to net zero,” the publication quotes Bob Blakely, the COO of Canada’s Building Trades Unions (CBTU), an alliance of 14 unions, as saying.

The CBTU commissioned a study by the Columbia Institute to investigate potential job growth as Canada moves towards a low-carbon economy.

“This neither means nor implies the sudden end of the use of fossil fuels, but it does mean a shift in how fossil fuels are used and in what quantities,” Blakely said.

If Canada reduces its reliance on fossil fuels, there will be protection against price shocks, the report says. As an example, the OPEC-induced crash of oil prices in 2015 resulted in more than 35,000 people losing their jobs in the oil patch.

Lee Loftus, business manager of the B.C. Insulators Union, says it will take collaboration to ensure a greener future.

“This is a conversation with the federal government, every (provincial) government in Canada, and the municipalities,” said Loftus. “Every one of those governments has a role in helping us execute the changes that need to take place, from procurement to development to bylaws.”