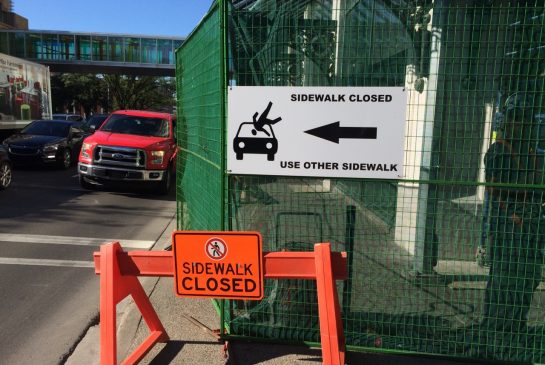 Calgary Coun. Druh Farrell didn’t like what she saw when she observed a warning city outside the Burns Building construction project in Olympic Plaza.

The sign depicted a pedestrian striking a car’s windshield and read: Sidewalk closed. Use other sidewalk.

Farrell said the sign and “the lack of foot access” shows disdain for pedestrians, Metro News has reported.

However, Trevor Bryan, the construction manager at the site, said crews placed the sign because a pedestrian had been clipped by a car-door mirror after not obeying the original sign, which read, “Sidewalk Closed.” “We put our own signs up this morning,” he said. “But the city said it was too graphic.” (DBD Construction says on its website it is working on a $300,000 multi-level Interior office tenant improvement project on the historic building.)

The city said it ordered crews to remove the sign due to its graphic content and that it didn’t fall within guidelines, according to roads spokeswoman Brittany Kustra.

Farrell said the construction site could have better accommodated pedestrians by not closing off the entire sidewalk.
There is “no effort to accommodate pedestrians,” she said.

Sean Somers, spokesman with the city’s transportation department, said there was no other way to accommodate pedestrians in this case, as crews are working on the building’s facade. However, he said the city has accommodated more pedestrians by significantly reducing the number of pedestrian detours. 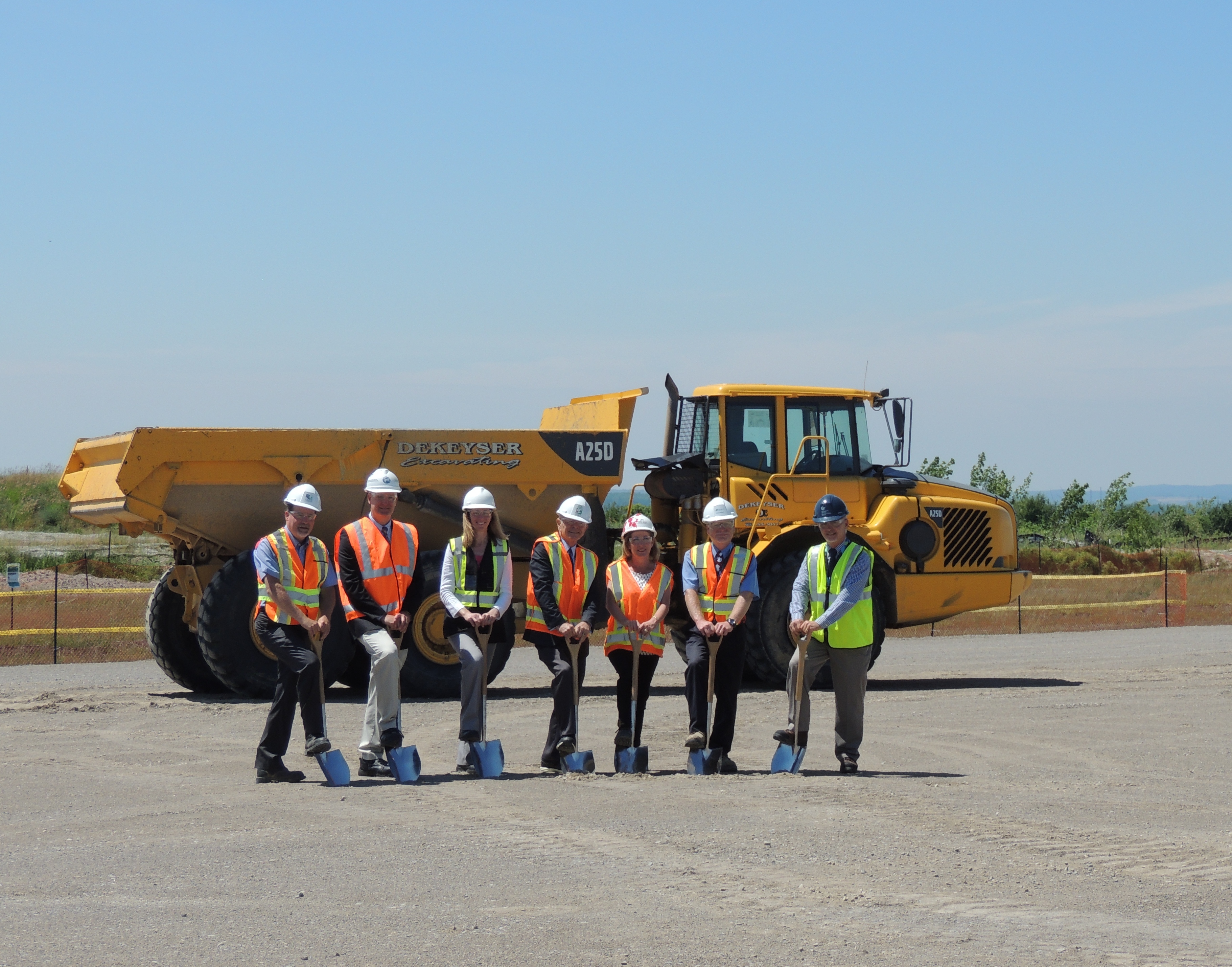