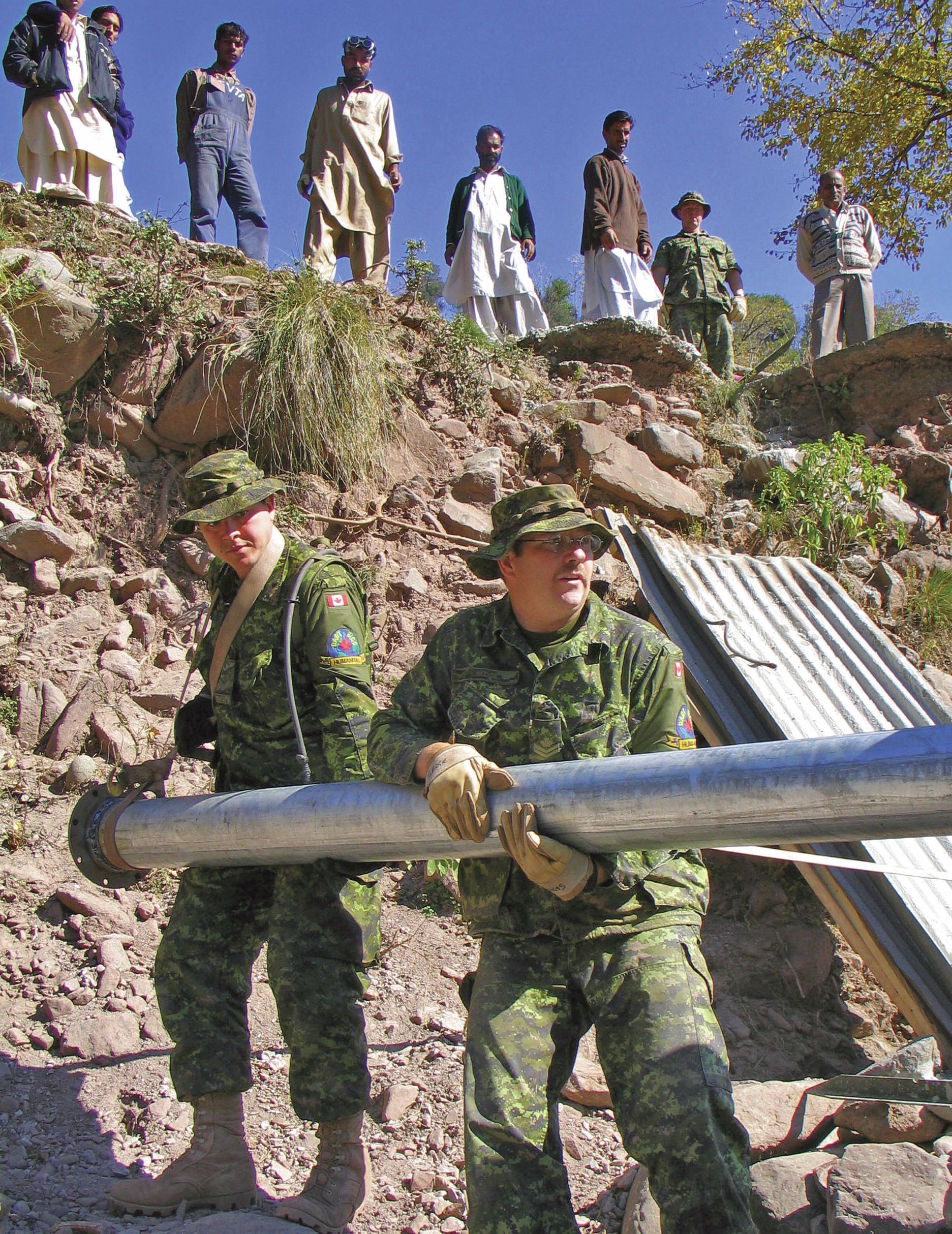 “It’s progressing very well,” he said in a phone interview as he traveled in Manitoba. “We’ve been very successful in getting recurring funding” – turning the initial seed funded initiative in 2011-12 to a lasting program.

Helmets to Hardhats, based in part on a similar successful U.S. program, but adapted to Canadian requirements, has placed at least 500 veterans into apprenticeship or full employment in the past year. “That means, every five days, two vets are successful,” Matte said.

However, he believes the real numbers are even better than the recorded results. Apprentices, employers and unions aren’t required to report their successful placements and Matte says he continues to find scores of veterans who have discovered work through the program who he said aren’t showing up in the Helmets to Hardhats statistics.

“I travel from one union to another,” he said. “When I visited one union, the business manager said: ‘We took in three vets over the past six weeks’ – but we were not told about the success or the vets had not registered with us.” In another situation he learned after the fact that a veteran had signed up for the program and told his friend about it. The former Canadian Forces colleague showed up at a union hiring hall, received a job offer, and was on his way – all unknown to Helmets to Hardhats’ administrators.

“Despite the fact that the program is of no cost to the vet and all we ask of them, after we get them into a new career, is to report how it worked out, only one in four fulfill that request,” he said.

As you may have guessed from the previous narrative, Helmets to Hardhats works within the unionized sector and much of its funding comes from the unions, owners and contractors that are part of Canada’s building trades.

Matte says the union focused model provides real advantages to the veterans: Safety training and standards are top notch, the unions co-ordinate solid apprenticeship training programs, pay is good, and while there can never be 100 per cent job security, the employment stability and mobility is much better for the unionized workers than in the non-union environment. As an example, until last year, Helmets to Hardhats had great success in placing veterans in the then booming Alberta oil industry environment. Of course, things have changed and the boom there has turned to bust, but most of the members are continuing their careers.

“This forced us to diversify a little more and open up more opportunities,” he said. “There are 275 union locals part of this program across Canada. In May, 2015, we put out a challenge to all locals across Canada to accept at least one vet per year.”

Matte said that modest number won’t cause hardship or risk the jobs of existing union members in markets where conditions aren’t perfect, as there is always some attrition in the industry. “The initiative has made a lot of inactive locals realize they don’t need to do much to add a whole lot to the program.” 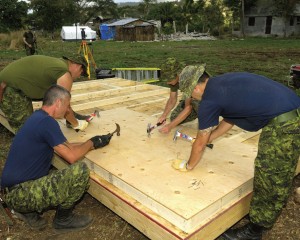 Of course, some locals participate even more intensively. For example, the Carpenters Union Local 27 in Toronto takes in 10 to 15 a year and UA (Plumbers) local 488 in Alberta was taking in 20 to 50 vets a year until the recent slump.

In the program, veterans are assessed and the apprenticeship requirements are reduced depending on their military career qualifications. This speeds up the transition. However, even if the veteran had a military occupation that doesn’t translate to a civilian counterpart, or the veteran wishes to take on a different trade from one for which he has trained, there is no problem linking the new construction tradesperson to relevant apprenticeships and career opportunities.

This is because the military work ethic and culture has proven to be highly compatible with the construction trades. Construction workers start their days early, often outdoors in demanding environments, and require a combination of work ethic, skill and teamwork/direction that parallel the military environment. 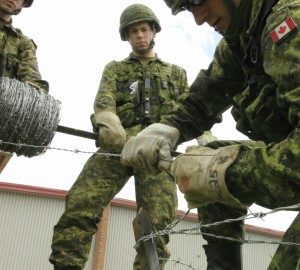 Matte said in a few cases, perhaps five per cent, things don’t work out perfectly. This is primarily because one of the biggest differences between the military and civilian life is that work and pay aren’t as steady and easy to predict in the non-military environment.

“The majority of our veterans are 25 to 45 years old, and they have families, they have homes and mortgages and other commitments financially,” he said. Frustratingly, recently discharged Canadian Forces members aren’t eligible for unemployment insurance. This can result in challenging financial stress if the new veteran must attend classroom apprenticeship courses, without a regular paycheck during the training.

Solutions to this challenge include pre-apprenticeship work placement schemes that allow the new potential apprentice to gain enough experience and hours worked to qualify for employment insurance payments during the apprenticeship training.

In other situations, the former military member simply needs some counseling about financial management and budgeting. This is because while the overall average income will be as good or better than the person earned in the military, it won’t be as stable – there will be months with much improved income, and others that aren’t so good. Clearly, if the former vet spends all his paychecks when times are good, there won’t be any reserves for the slower months. 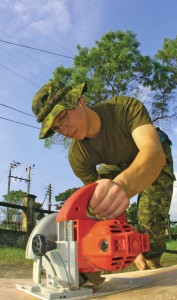 “Many servicemen and women leave the military before they are eligible for a pension,” Matte said. “Because the federal government allowed members of the military to cash out their severance pay a couple of years ago – likely to reduce mortgages and pay for other needs – most will no longer have this important funding when they leave the military. That’s the sort of challenge we have.”

However, no one should overrate these challenges, as most veterans entering the program are able to work through their apprenticeship and build successful new careers. When they complete the process, they often can obtain Red Seals, which provide interprovincial mobility – and with union seniority, build successful and rewarding careers, Matte said.

For more information about the Helmets to Hardhats program, see www.helmetstohardhats.ca.