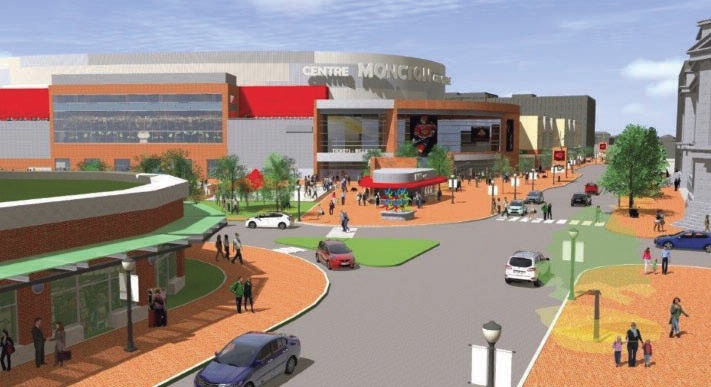 The construction phase of Moncton’s new downtown sports and entertainment centre has started with an official sod turning ceremony.

“This is good news as the construction phase will stimulate the economy AROUND THE COUNTRY The Canadian Design and Construction Report — May-June 2016 – 25 and create many jobs,” premier Brian Gallant said at the event. “Plus, once the centre is complete, it will enhance the quality of life for families in the region.”

Gallant also credited Moncton Mayor George LeBlanc, who is not running again for office, for his role in seeing the centre become a reality. While the sod turning event occurred in late March, in fact site work had started earlier in the spring. The new downtown centre is scheduled to open in 2018, creating 713 construction jobs.

The overall project has a construction budget of about $85 million, including a combined $48 million federal/provincial contribution and Moncton city’s plans to borrow about $39 million.