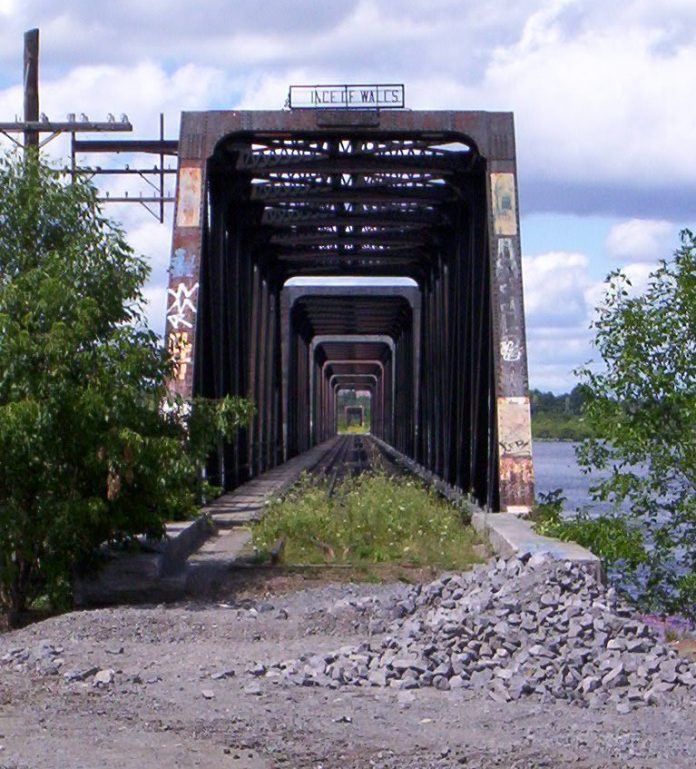 The City of Ottawa is fighting a Canadian Transportation Agency (CTA) decision that it either rehabilitate a rail link over the Prince of Wales bridge, or “discontinue” the rail line within a year, as it attempts to stall a private sector initiative to create an interprovincial commuter rail service between communities in eastern Ontario and Western Quebec.

Ottawa mayor Jim Watson says the city will seek leave to appeal the CTA decision to the federal court, and at the same time has asked the federal cabinet to use its authority to override the decision, asserting that it is uneconomic to rush the track rebuilding for the long-range plans to develop an interprovincial service with Quebec after the rest of the city’s Light Rail Transit project is completed.

However, Joseph Potvin, director general of the MOOSE Consortium, indicates the city is raising red herring arguments – especially as the private organization says it is making arrangements for investors funds to rehabilitate the bridge and start its rail service. The city will still be on the hook however for the stretch of track its contractors tore up as they were building the Bayview LRT station – and the tracks will have to be realigned at significant cost to go around the station.

“By asking Canada’s Transport Minister to over-ride the agency’s decision, Mr. Watson is on the wrong side of the story,” Potvin said. “What the City of Ottawa might have considered instead, is to see the agency’s decision as an opportunity to present an urgent request to Infrastructure Canada to help get this essential railway back into good working order without delay. Someone should ask Mr. Watson why he’s not doing that.”

Instead, Watson wrote that “the city clerk and solicitor advised me that he has directed legal counsel to initiate the leave to appeal process for this ruling to be considered and ultimately overturned by the Federal Court of Appeal. If the court grants the city leave to appeal in the coming weeks and months, that judicial process could take one to two years to reach a conclusion.”

“Further, I wish to inform you that I have written the Hon. Marc Garneau, Minister of Transport, seeking to have the CTA’s decision reviewed by Cabinet, an option set out in Section 40 of the Canada Transportation Act.”

In other interviews, Watson has said there are no credible rail operators to use the line – a point that Potvin disputes. The private consortium plans to fund its rail operation by collecting fees from station operators along its route, who will see their property values rise as their lands become regional transportation hubs, and in fact it is MOOSE which initially complained to the CTA about the track tear-up.

Potvin says MOOSE believes Watson has an inflated idea of the costs to make the rail line whole.

“Recently in a media interview Mr. Watson estimated a cost of $200 million and more than two years to restore this 1.5 km section of railway to basic working order,” Potvin said. “But MOOSE Consortium’s engineering company has estimated a cost of $75 million and one year to fully refurbish the railway, while also adding cycling and pedestrian pathways off the sides of the bridge. We believe our network of companies can complete the work within the agency’s time line.

“Basically, the city’s cost and delay stance ought to make our ‘get-the-job-done’ collaborative private/public sector all the more attractive to the regulator, to Infrastructure Canada, and to taxpayers,” he said.