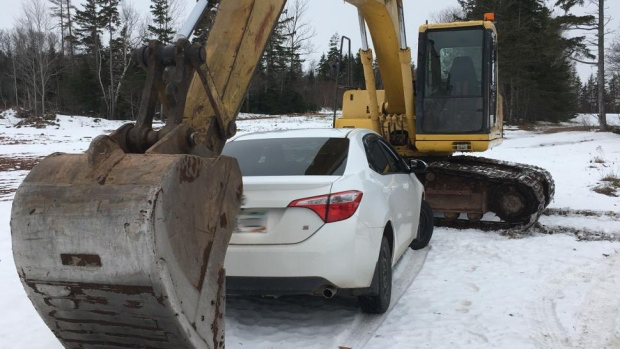 RCMP says an intoxicated driver stopped near Hwy 15 in Brackley, P.E.I., apparently to confront an excavator operator about his work. The machine operator sensed the driver was intoxicated, and manoeuvred his bucket to trap the car.

The driver was taken to back to the police station where he recorded a blood alcohol reading three times the legal limit.

Sgt. Leanne Butler told CBC News that it was the first time she had seen anything like it. “The officers responding probably haven’t seen something like that before either,” she said. “It was a different way, but it was effective.”

The man was arrested and charged.