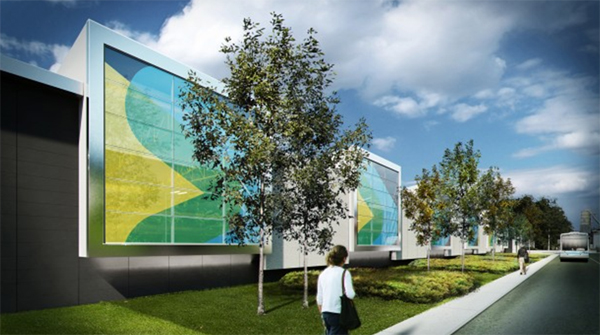 Now 75 per cent completed, the $160 million STM’s Stinson Transport Centre will open in 2014, setting a new standard for excellence for transport centres across Canada, not only from an environmental perspective but also for its approach to urban integration, say the project’s architects.

The centre stands out for its integration with the surrounding urban environment, and for its reduced ecological footprint, the news release says. “Its unique feature is the immense roof, conceived essentially as a fifth façade and composed of strips of green space and enormous skylights in the form of trusses that echo the mesh of roads in the neighbourhood below. It stretches the length of seven football fields. To limit the noise and the sight of such a high concentration of buses, the new building was designed as a fully enclosed structure, covered by a 35,000 sq. m. roof.”

Furthermore, the architects say they were able to not only preserve 230 trees on the site, but designed it to plant 600 more. This will revitalize an industrial landscape and improve the environment, they said. 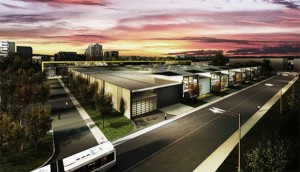 Lemay’s architect-designers saw the project as an opportunity to create real added value in this part of the St. Laurent borough, Lauzon said. The ultra-modern centre will become a natural extension of the identity of the residents of this sector. The care given to urban integration also led Lemay to include a public square and parking for bicycles and car sharing that will be open to the public. The movement of buses will be confined to the interior of the building. In the architects’ view, this space will be a good place not only to work, but to live.

“We wanted to create a transport centre that embodies our commitment to sustainable development and maintaining a constant dialogue with citizens,” said Jocelyn Leblanc, the STM’s project director.

The Stinson Transport Centre will be able to accommodate 300 vehicles, including many articulated buses, and 800 people. The project’s designers are aiming to win LEED certification for the building. The project is on track to be completed in December 2013. 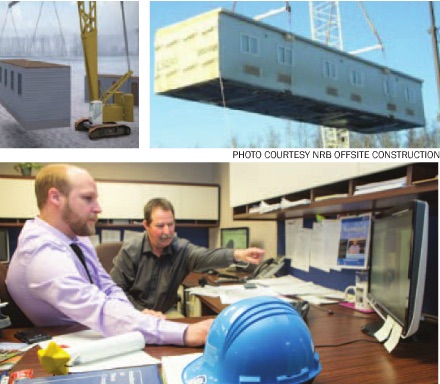