Merit Alberta’s success and history reflects the progress and achievements of the open shop labour movement. The association has more than 1,450 members who have lived through the province’s boom and bust resource cycles. Today’s economic conditions are not great – yet Merit Alberta’s history traces back to even more challenging times in 1985, when 15 contractors met to consider their futures.

“Construction was pretty well at a standstill and any work going on was being built union free,” the Merit Alberta website reports. “Workers had few benefits, wages were low and profit margins were non-existent. It was time for companies to focus on the needs of their workers.” “From that dilemma, the idea of an industrywide, portable benefit plan for open shop workers was born and, not long afterward, an organization to run it and, in time, to expand to other areas,” said Line Porfon, vice president of government relations. “Today there are more than 60,000 people enrolled in the benefit programs.”

Indeed, Merit Alberta’s benefits represents one of its biggest advantages. The hour bank program allows life insurance, disability, health, dental and other benefits to be transferred between businesses (and outside of Alberta through the national program), providing individual workers and their families resources and services formerly only available in the unionized sector. These benefits are supplemented by additional programs for office and supervisory workers, and there are optional retirement and discount savings opportunities as well.

The hour bank benefit plan, developed in Alberta to accommodate the transient nature of construction employees between companies, is now offered in other provinces. The program has conferred a significant advantage to Merit Alberta members and may be of special value in the current economy, where some members will need to leave the province to find employment.

The hour bank’s portability enables workers to “depend on their benefit coverage continuing uninterrupted as they followed available work from region to region,” the association says.

As well, the association co-ordinates training programs for workers and employers on topics such as scaffolding, leadership development for supervisors, rigging and hoisting and project management.

The benefits services creates a pragmatic advantage for Merit Alberta membership as individual businesses could not hope to create the same benefits level and portability if they tried to emulate these services themselves – but there are deeper values behind the association.

“Of the original small group, about two-thirds could have been described as philosophically committed to open shop and the others were more pragmatic,“ says president Malcolm B. Kirkland. “The philosophical group was, for many years, the mainstay of the association and probably it was largely due to their commitment that the group continued beyond the first year.”

Historically, the construction industry was highly unionized. Half a century ago, upwards of 75 per cent of construction throughout Canada and the U.S. was completed by workers affiliated with building trade unions. “The union sector offered a highly skilled and efficient workforce at competitive market rates. Building unions were considered the only option, especially if large workforces needed to be in place over short time periods and in particular for industrial construction,” Kirkland said.

“However, massive changes occurred in the industry beginning in the late ‘50s and early ‘60s in the USA and the late ‘70s and early ‘80s in Canada,” he says. “These changes were in part a response to escalating costs of building union and excessive work disruptions and jurisdictional disputes. The transition was made easier through increased management skills and growing capacity of open shop firms. The changes in some areas have been gradual yet in provinces like Alberta, they occurred virtually overnight.”

“Open shop member companies and their employees are some of the most productive and safe in the construction industry,” Kirkland said.

Porfon says current Merit Alberta priorities focus on its member firms and their employees in six core areas including: 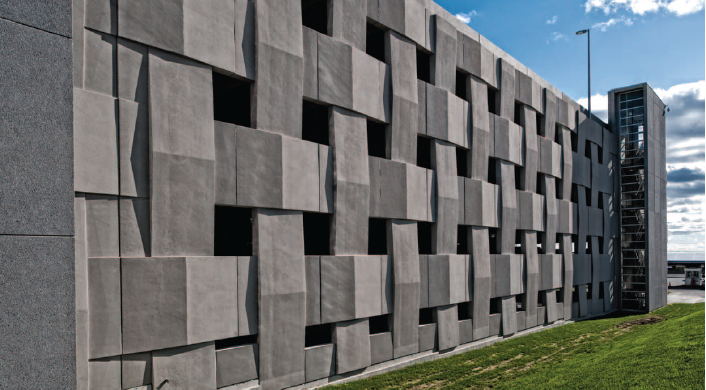