The Construction Association of New Brunswick (CANB) will be hosting a Building for the Future Trades Career Expo on November 26 and 27 at the Polyvalente Roland Pépin High School Gymnasium in Campbellton, NB.

The event includes two daytime sessions for students from the north region, which stretches from Saint Quentin to Bathurst, and an evening event on the 26th that is open to the general public.

An announcement about the event notes that the “provincial government of New Brunswick (Post-Secondary Education Training and Labour) has identified that the average age of apprentices in NB is 27 years old.  This shows a gap of 10 years from when students graduate high school to when they enter an apprenticeship program.”

This event is one of four the association will present throughout the province. Developed in partnership with Post-Secondary Education Training and Labour, the program targets grade 9 students, before they will have to make decisions in grades 10 and 11 about enrolling in trades programs.

The announcement also notes that: “High school graduation year for most of these grade nine students will coincide with the start of a skill shortages for certain trades in NB.  We want to make sure we maximize their exposure to these occupations and link them with Industry from a young age.”

Additionally, it says that labour market forecasts suggest 60 per cent of employment in Canada, and the province, will be from the trades and technology.  “The province will be faced with a big challenge but we think we can prevent some of the negative economic repercussion of a skill shortage in the construction trades by promoting our trades and help facilitate the transition between high school and apprenticeship programs.”

CANB is organized and structure as a federation of associations representing three regional chapters and 10 other associations. 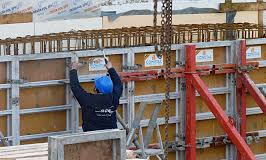