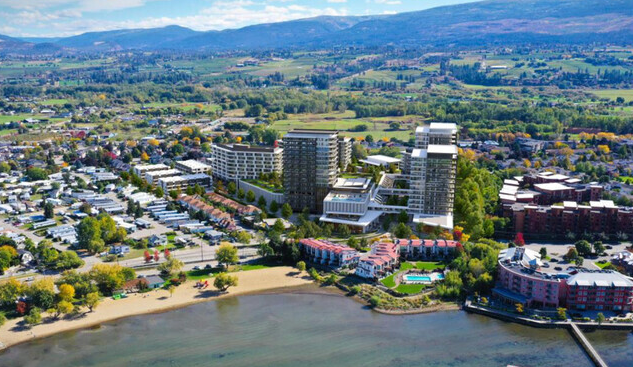 Alberta-based Westcorp is about to start the next phase of a development on the former site of the Hiawatha Mobile Home Park in Kelowna. Eagle Builders of Blackfalds, Alta. is the primary contractor on the project.

The company was recently issued a building permit valued at $35 million.

Phase 2 of the development includes construction of three towers, including a 17-storey building near the front of the 18-acre property.Two other 10-storey towers will be constructed closer to the rear of the property.

Infrastructure projects including a new roundabout and bridge will also be constructed and the project will create more than 1,100 residential units.

The developer will include at least 50 family-oriented housing units with 200 townhouses already under construction.

Westcorp purchased Hiawatha RV park, a 55-plus community with 94 mobile homes, in 2007. In 2013 the city released design guides and a natural environment development permit for the revitalization of a creek.