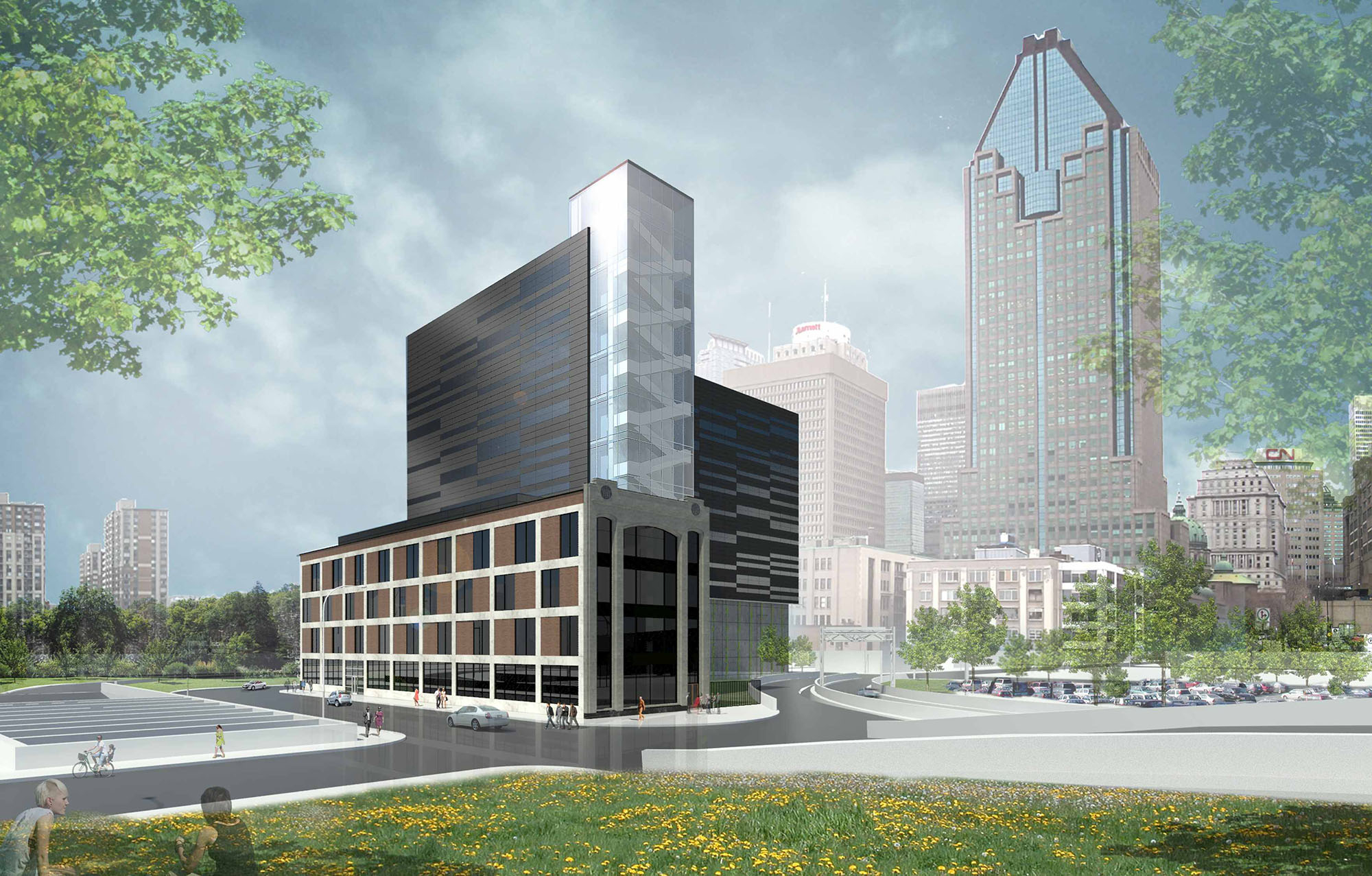 A $70 million, highly secure next-generation data centre is under construction in downtown Montréal and is slated for occupancy by year-end. This project was made possible by a partnership between the Fonds immobilier de solidarité FTQ and Urbacon.

Located at 544 rue de l’Inspecteur, close to the financial district, the new data centre will take shape on a 43,000-sq. ft. lot. An existing building will be converted into 19,000 sq. ft. of leasable office space, while an adjacent 10-storey building, built to green standards and to the highest security standards for server and data hosting, will add another 234,000 sq. ft..   The only purpose built next-generation data centre in Montreal, the project will also be the city’s largest, most secure mission critical facility.

“Many companies have their data hosted in buildings that have been converted into data centres, offering a less than optimal or modern environment and often located outside the city,” said Urbacon vice-president Peter Russell. “By building from the ground up, the 544 Project will provide a world-class facility that will meet all relevant criteria in terms of structural aspects, security, mechanical equipment and electrical systems for a leading edge data centre. The project represents the evolution of the data centre in Montreal.”

“This is a major project valued at some $70 million and that will create, with construction, almost 600 jobs,” said Normand Bélanger, president and CEO of the Fonds immobilier de solidarité FTQ. “We’re convinced that companies in search of hosting services will find what they need in this new strategically located, quality building, whose construction is being overseen by Urbacon, a company with 30 years of experience in this field,” the news release quoted him as saying.

The Centre de données de Montréal will be the biggest and most secure building of its kind in the city, offering a high performance fibre optic system with multiple broadband fibre connections to diverse providers, reinforced floors, 16-ft. ceilings, centralized switchgear and 24/7 security.

Excellence in structural and architectural wood design recognized at 2016 Wood...