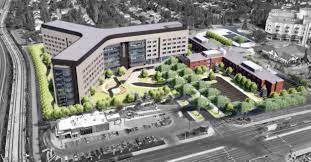 Alberta’s government invested in planning, design and construction work on schools, health care and other public facilities in 2022.

Alberta’s government says 2022 was a year of significant progress on infrastructure projects and ongoing work will “world-class projects” this year.

“Throughout 2022, infrastructure played a major role in proactively rebuilding our economy,” said Nathan Neudorf, Deputy Premier and Minister of Infrastructure. “Many infrastructure projects around the province provided thousands of construction jobs in local communities.

“We have worked on accelerating priority projects and cutting red tape in order to get shovels in the ground faster at sites across Alberta.”

In 2022, construction was completed on:

Progress was made on:

Through the Investing in Canada Infrastructure Program (ICIP), Alberta has been allocated $3.66 billion by the federal government for infrastructure projects. More than 200 projects and have been approved for ICIP funding in more than 30 Alberta communities.