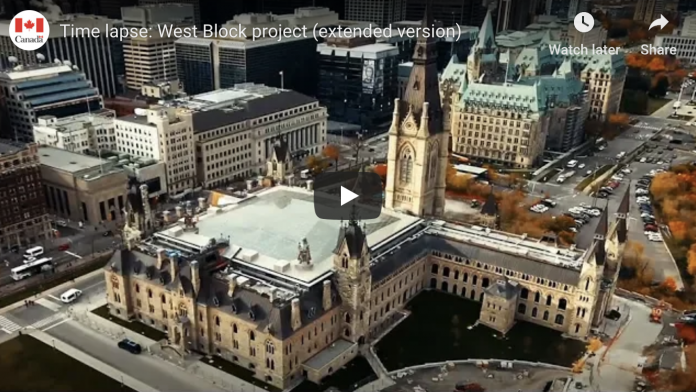 It took more than six years, and a cost of $863 million, but the West Block House of Commons rehabilitation project has finally concluded. PCL Constructors Canada was the general contractor.

The House of Commons has moved into the West Block, as the rehabilitation work moves to the Centre Block.

Photographer Ron DeVries had the assignment to take construction photos throughout the project. He says he used seven time lapse cameras at 10 different locations, producing more than one million images.

“My sincere thanks goes to PCL Constructors Canada and their great West Block staff and
the workers that assisted with the set up and running of the cameras,” DeVries wrote. “And of course thanks to Public Works and the great staff that I worked with, who guided the entire project.