200 women raise $1,000 each to fund construction of two homes, built by women 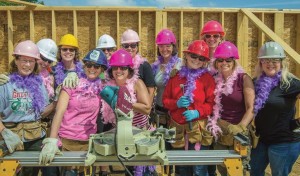 Under a build model inspired by two local women, 200 women will share the cost this year to construct two homes for Regina-based families. This initiative, though born in Saskatchewan, has been embraced in other com-munities across the country. 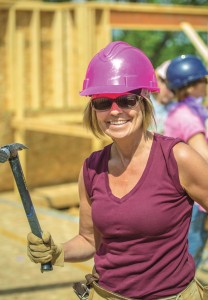 Volunteers Trish Bezborotko, retail sales manager with Harvard Broadcasting Regina, and Yvonne Slobodian, owner of asOne Investments, came up with an idea in 2011. They, along with 98 other women, would contribute $1,000 each – or $100,000 in total – to build the homes. The two now co-chair the effort.

“We had set a goal to raise the money within 100 days,” says Bezborotko. “Forty-nine days later, the money was in the bank.”

She says some of the women who signed up also donated time on site. “All the houses Habitat builds are constructed with journeyman carpenters and skilled tradespeople with the help of volunteers. So while many of us had a blast actually being on site hanging drywall and swinging hammers – many also simply enjoyed being a part of changing a family’s life by allowing them the opportunity to step in to homeownership.”

After the positive response that first year, in 2012, the goal doubled, resulting in 200 women participating and two families “given the opportunity to escape high rent and less than desirable housing conditions by becoming home-owners themselves.”

The initiative launched again this year under the name 200K Women Build.

Meanwhile, Bezborotko says a group of men, inspired by the program, launched their own 200K initiative.

Bezborotko says a build of this nature could take six months or longer. “The homes could likely be built faster with skilled trades but Habitat is all about community and the coming together of volunteers who wish to make a difference. The journey persons who oversee the build and the volunteers are amazing.”

She says the energy on a Habitat build site is unique and on a women’s build site in particular where it is driven by a heart for other families. “Women are nesters by nature and I think many of us want to help other families have a place to love and protect and house their families.”

She says it has not been difficult to find women to engage in the program. “Not all actually help on the build site but many do and they absolutely love the experience. It’s an amazing way for women to do things they’ve always wanted to but never maybe had the chance to.”

“The sites we work on are serious business but we still have fun and enjoy working with each other in a different capacity. The willingness to learn and grow is awesome and we leave the site dirty, tired and fulfilled.”

Some, she says, are there to learn for themselves and some she believes go on to use their experience as a stepping stone for employment in the trades.

With her own husband in the construction industry for the last 20 years, Bezborotko says she learned a lot from watching him and all that he does. “Having said that though and because he is so handy I often don’t get involved in that type of thing in my own household. When I have worked on the sites there is a great feeling of independence and ‘girl power’ that comes from that. It has been amazing.”

Bezborotko says all of the women who have been involved feel fortunate to be able to contribute financially and also on the build site if they so choose. “We are strong women, determined to make a difference in our community.” 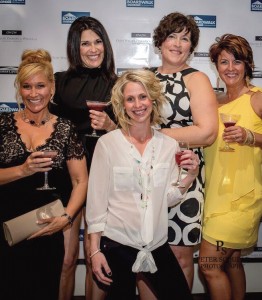 Both the 200K Women Build and the 200K Men Build groups are still seeking participants and hope to celebrate reaching the goal in October. For more information, email Trish or Yvonne at tbezborotko@harvardbroadcasting.com or yvonne@asoneinvestments.com.