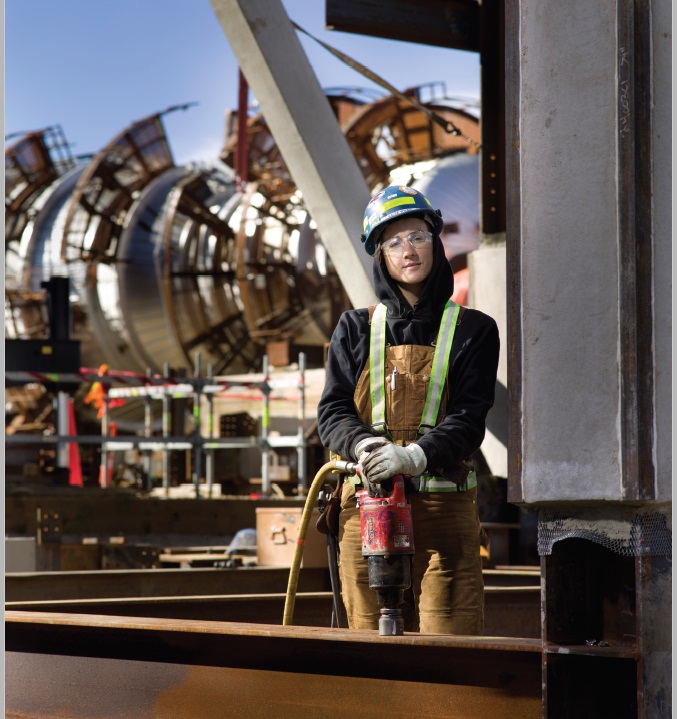 Established in 1998, Alberta based Women Building Futures (WBF) is a leading force in initiatives to recruit, train and retain women in construction trades and occupations.

WBF CEO JudyLynn Archer, says the skilled trades shortage is real, it is coming and it will present a significant challenge for the Canadian economy. She says the challenge though is not just getting people into these positions, but doing so in a way that educates individuals about what is involved and then preparing and supporting them to stay.

Over the past decade, she says WBF has seen a huge turnaround in women’s participation in construction, in part because of awareness of the looming shortage, and in part because organizations have decided to invest more in developing Canada’s local workforce, specifically, women. Companies such as Mammoet, Suncor, TransCanada as well as labour organizations such as CLAC and the Building Trades of Alberta have recognized the value in hiring WBF graduates and have partnered with WBF to position their organizations as ‘WBF Employers of Choice.’

Despite this progress, she says the trades are not spoken of enough in the context of women, and still it is a conversation not had early enough with girls. That early introduction, as well as supporting women’s decisions along the way, is crucial. 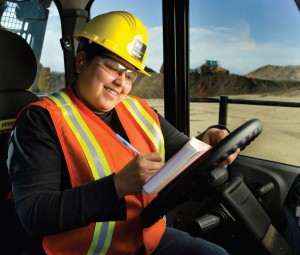 “The key challenges around getting women into the skilled trades are very similar, in many ways, to anyone entering any career for the first time – you do not know what to expect, you do not know the rules of the road, the norms, the culture, the job expectations, you may not understand or have the necessary skills and competencies, and you likely don’t know the protocols for communication.”

“The same is true of any industry that is predominantly one gender because its culture may be confusing and not immediately understood by the other gender,” Archer says. “Think of the first male teachers or the first waves of male nurses.”

She says WBF addresses this issue in three ways: by helping women make a well informed decision before entering trades training or employment; by providing training specifically designed to help women meet safety and productivity standards starting on their first day at work; and by helping women practice strategies proven to help them thrive in this work environment.

The organization also provides direct support for employers on best practices for hiring and retaining tradeswomen (coaching and training).

“WBF focuses on making sure that its graduates are well prepared to be safe and productive on the job site, starting day one. At the end of the day, this focus addresses the concerns both for women and their employers.”

Archer says employers with whom WBF works need and want workers who are available locally and who can be safe and productive. Though that sounds like an open call, she says it is also important to appreciate that this kind of work and work environment is not for everyone.

“Individuals most likely to succeed share certain traits – they tend to be quick learners and eager to learn, they enjoy being physic 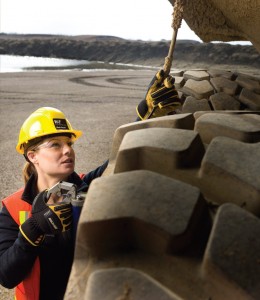 ally active and fit, they enjoy challenges and teamwork, and appreciate the sense of pride that comes from a tough job well done.”

She says having the right attitude and the right work ethic are equally high on the list of key competencies. “The best thing an employer can do is to hire women who demonstrate readiness either because they’ve had previous experience on the job or they’ve successfully completed a rigorous training program (such as at WBF) that focuses on the key success competencies and take some best practice training from WBF.”

For example, she says WBF readiness courses such as Workplace Culture Awareness can make all the difference in terms of success.

It is well documented that differences between the way men and women communicate and problem solve can be harnessed to create strong, multi-talented, cross skilled teams.

“We love this industry and we know that it is a first choice career and lifestyle option for women. The career path opportunities are endless, and this is an industry that pays its workforce some of the highest wages in Canada.”

She says for women who want a career that will open doors to opportunity, who like to make great money, have a great lifestyle (travel, home purchase, shopping, being fit and physically active), and spend their workday mentally engaged, construction presents an extremely viable career choice. “Our advice for everyone is the same – do your research. This industry isn’t for every man or woman. Find out if it’s for you before making a commitment or investment.”

For those who do fit the bill, the opportunities are endless. “Also, apprenticeship is a process where you ‘earn while you learn’ so if you plan well you should be able to finish all your technical training without accumulating debt,” she said. “Within four years you can achieve full certification and begin growing your career in earnest.” Canada’s changing demographics is creating opportunity at all levels. Companies are looking for people who want to learn, grow and advance their career.

“At end of the day, the critical driving force is need,” she said. “As 26 per cent of the industry retires, more of these roles will go to women. There has never been a better time in the history of our country for women to enter the world of construction.”